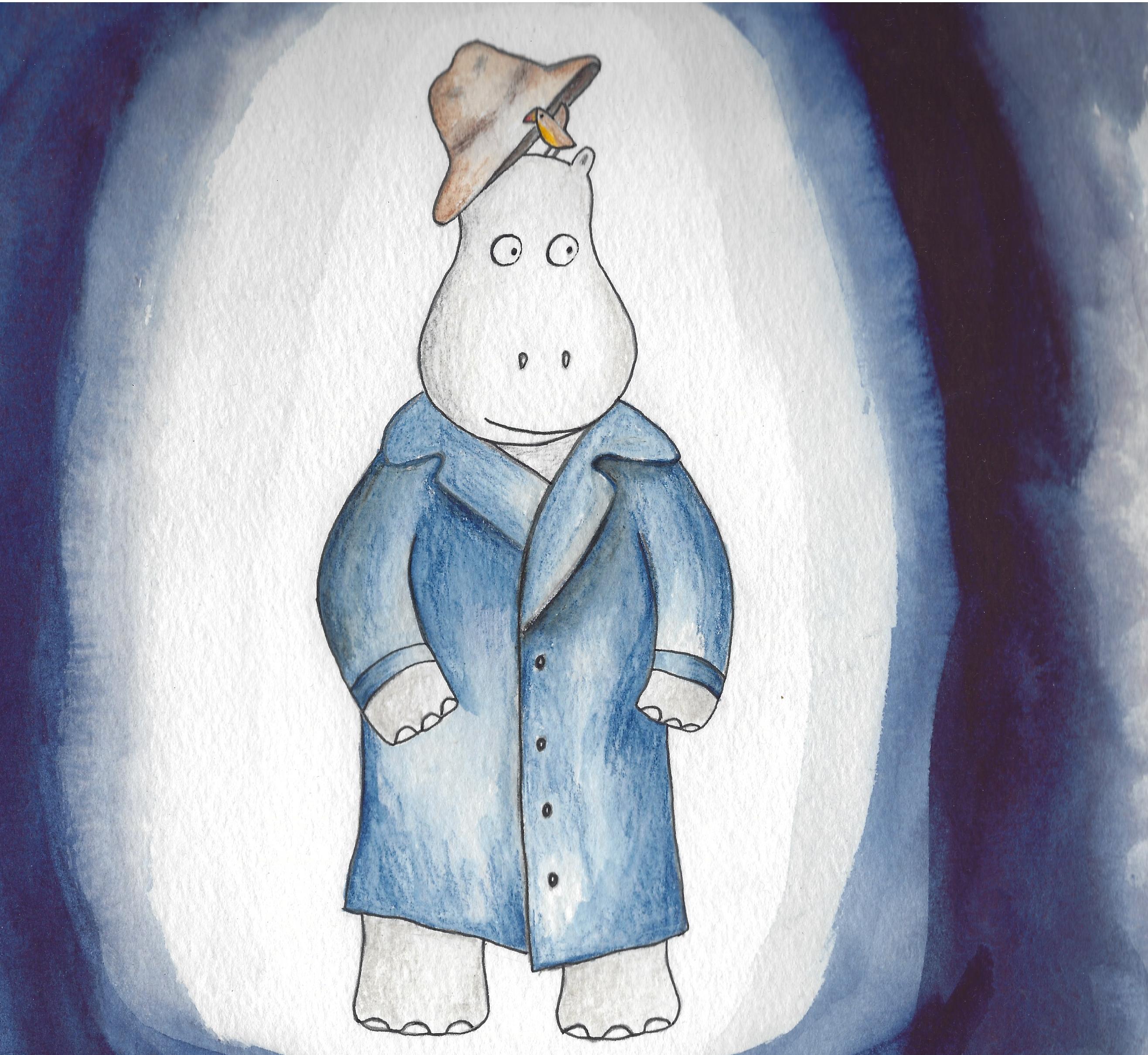 “Al,” I said, “let’s go undercover and visit one of those supermarkets. Maybe that will tell us what we need to know.” I put on a dark overcoat. Al sat on my head underneath a fedora hat and peeked out through a small hole. We went to see what it was all about.

Next to the supermarket’s parking lot, a large patch of berries ripened in the sun. Quite a few were plump and red – ready to eat. “Well, there’s the food,” said Al. But, one after another, humans walked right on by without so much as a “how do you do” to those berries.

We walked in, nonchalant as could be. Brightly colored bottles, bags, and cans lined the shelves. They had words on them like Kellogg’s corn flakes and Nestle peppermint crisps. “They eat plastic and metal?” I cried. Unbeknownst to me, my mouth had dropped open, exposing many large teeth. Humans were starting to stare.

We hurried outside and hid behind a large tree, watching the humans come and go.

Just as I was dozing off in a most comfortable way, Al pecked my head. “Look!” he squawked. A boy had torn open a bag and was eating small, orange, worm-shaped pieces from out of the insides. Another guzzled brown water from a bottle and tossed the bottle into a bin. You don’t eat the plastic, we realized. You eat what’s inside.

“Al,” I whispered, “did you notice the red heart on those big bottles of corn oil?”  “Do you suppose they drink that to keep their hearts going in the same way that they put gasoline in their vehicles? And what is fiber for?”

“I think one of those magazines we read said it’s a pooperetic,” he said.

It turned out that the brown water (which is called cola), corn oil, cheese puffs, corn flakes, and hundreds of other packaged foods are something new for humans. We found it confusing that all the books said that these foods cause sickness, yet they fill the shelves of the supermarket.

“We must be missing something big,” said Al, “something even bigger than Pando.”