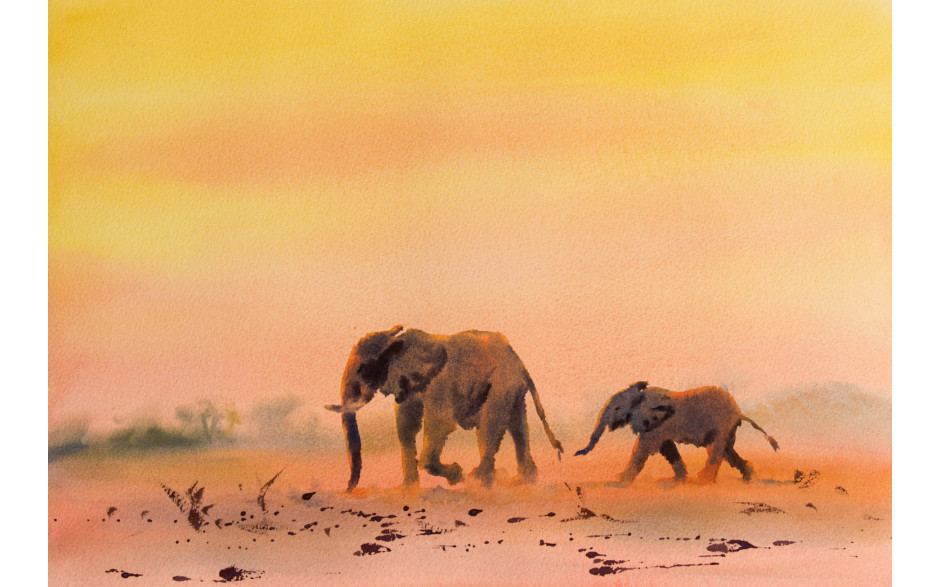 Al’s question (Why are humans causing us so much trouble?) could not be easily answered. It’s complicated.

Some said that homo sapiens are simply a flawed species – greedy and selfish – and that the world would be better off without them. We desperately hoped this was not the case.

“Without humans, there would be no more books,” said Al. “How can that be better?”

Still, we needed to face the possibility. After all, we had seen the loss of our friends’ homes and lives first-hoof.

Here’s what we found: Humans have not always been so troublesome. According to fossil records, anatomically modern humans have been around for some 200 to 300 thousand years, earlier humans for perhaps 2.5 million years, not long compared with hippos’ 55 million years, but still a respectable span of time. For the lion’s share of this period, they lived as part of the community of life. The ecosystems provided us all, humans too, with fertile soil, food and medicine, clean drinking water, waste recycling, irrigation, building materials, pollination, disease regulation, and many other gifts. We all took what we needed and gave back enough to keep things running forever, or at least a very, very long time.

If the books are correct, about 10,000 years ago, some humans stopped relying exclusively on the gifts provided by the earth’s natural systems. They gradually eliminated certain plants and animals, and took on a form of agriculture that grew more of the ones they wanted – more food!

“More food for some,” said Al.

Over the ensuing 10,000 years, the experiment spread, and is still growing, along with human population. Some humans did not join this movement and still live in harmony with Earth’s ecosystems, but they are only in isolated pockets around the world. Roughly half of Earth’s inhabitable land is now devoted almost exclusively to producing human food outside of the natural ecosystems.

“That can’t work!” exclaimed Al. “Every small piece is part of the whole.”

“Well, it seemed to work pretty well for some time,” I said. “Humans were conquering nature. There wasn’t anything they couldn’t do . . .”

“But, Hippo!” Al interrupted. “There are secrets and miracles in life. The humans did not create this world. They can’t just change whatever suits them and expect no harm. And 10,000 years is a very short experiment for something of this magnitude.”

As I was saying, before I was rudely interrupted by someone,” I said, “it seemed like it was working fabulously, but its success was based on using up the Earth’s natural capital, leaving less and less for future generations.”

“That sounds very much like a Ponzi scheme,” said Al, “or like eating the goose who lays the golden eggs. Haven’t the humans read about these things?”

“Maybe, but anyway, problems started showing up on th . . .”

Once again, Al interrupted me. “They buy food?” he exclaimed, looking at an article in a magazine. “That must be fiction. Nobody has to buy food. I see a nice fat, juicy tick on your head right now.”

Al and I had a lot to learn before we could begin to understand the strange world of human food – not only the growing of it, but processing, packaging, distributing, wholesaling and retailing. Where did it end?

“It says here someone named Monsanto even produces their own seeds,” I said.

“That’s the dumbest thing I’ve ever heard,” said Al. “A seed contains the accumulated wisdom of millions, or even billions, of years. Anybody with half a bird brain knows you just can’t go tinkering with that.”

“Also,” said Al, with his mouth full of tick, “what a lot of hard work! Why would they want to re-invent and re-engineer everything themselves when it’s already been done, and magnificently so?”

Al posed some good questions. I had no answers. And trying to figure all this out was making my head spin. I know that humans like to scratch their heads at times like this, so I asked Al to scratch mine. It gave me an idea.